There were numerous great presentations and round table discussions at the Europeana Tech event last week, held at the Bibliotheque national de France. Here are some of the key points that might be of interest to libraries and other cultural heritage organisations. 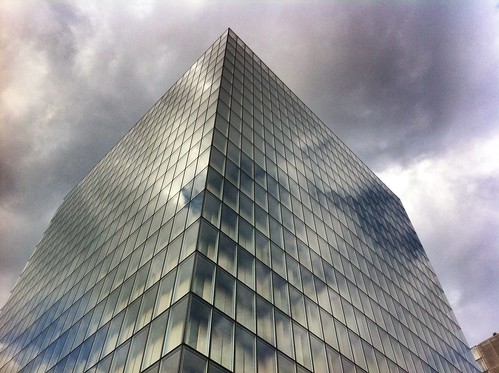 Thousands of maps were extracted and identified from the British Libraries Labs collection, and Wikimedians then did an awesome job categorising the maps. Alternatively, use the LoCloud Historic Place Names service to help identify places within documents.

Want your digital images to be used in a controlled way by others and without the difficulty of ftp or hard disk transfers? If you use the IIIF standard for publishing images it becomes easy for you to both share images, manage their re-use and analyse their usage by others.

3. Metadata is often minimal … face it !

Collections like DigitalNZ and the Cooper Hewitt design museum have many records with sparse metadata. Interfaces accept this and try to adapt, rather than just leaving lots of inexplicable white space.

4. But there are ways to improve metadata

OpenRefine is ‘Excel on Steroids’ – powerful ways to make bulk adjustments to open data. Meanwhile, the amazing release of millions of Flickr from BL Labs has been accompanied by automated methods of tagging that data

There are plenty of great tools for cultural heritage created by different EU projects. But sustainability remains an issue. Could the Europeana Cloud service provide a better way to connect data to the most valuable services for curating, enriching and exploiting that data ?

6. Wikidata as the basis for everything

Wikipedia has increasingly been a popular way for libraries to embed links to their content. But there is increasing interest around what libraries and others can do with Wikidata – providing structured data about books, manuscripts, letter, diaries and other collections, and forming a backbone of verifiable statements that can actually support and improve Wikipedia.